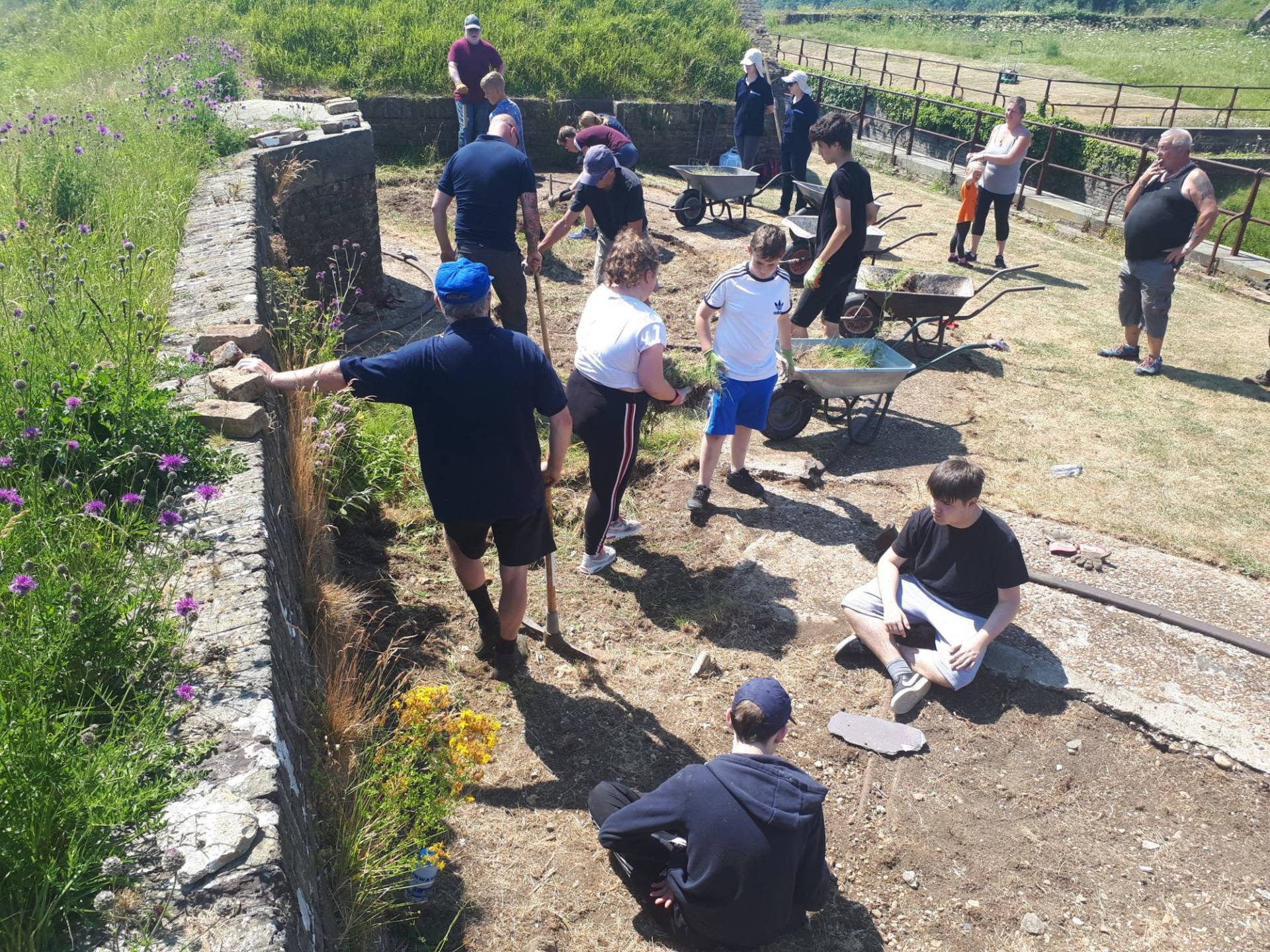 So the June workday arrived and damn it was hot!! We therefore chose this day to do a mass movement of timber from the sally port gun rooms to the main magazine, coupled with some heavy duty turf clearance from the gun emplacements on the top of the fort!
I was getting slightly nervous beforehand if I am honest as lots of the regulars couldn’t make it due to work or other commitments (and it was Father’s day) so thought I may end up having a rather hard day. As ever with our volunteers it came good in the end though. You may have seen from previous newsletters that we used some original timber flooring rescued from another fort and stored at Dover castle to re-floor the gun rooms at the sally port. As we had loads left  Paul Jones offered to replace the old marine ply surface of the main magazine entrance. This caused a problem as the main magazine is on the top and the remaining timber was at the bottom…………….Time to revive the tried and trusted WHPS chain gang, the preferred method of moving stuff upstairs, mainly because it involves not walking up and down stairs repeatedly!

Rather surprisingly we managed to move a huge pile of planks and assorted timber posts up to the top in about an hour where we duly took a rest. We then started the process of sortting them and moving some on to the magazine for Paul to start work and moving the rest into the old guardroom for storage.

After some much needed water we set to work on the main task for the day, clearing the gun emplacements next to the sidearm store ready for gravel to be laid in August.

This is a follow on task from the two already done and part of our programme to work around the top of the fort clearing and restoring them all eventually. 10 & 11 are a double set and our aim is to get them both gravelled by the end of the season to match 7 & 8 that we have already done. Given the extremely hot temperatures we had that day we started on 10 first and quickly developed a routine of clearing, collecting, barrowing away and levelling. I am constantly amazed by the amount of work that such a relatively small group can deliver in the space of a few hours and in about 2.5 hours we managed to clear the whole of 10 ready for weed control fabric to be laid.